Could this be Driving the Epidemic of Sudden Infant Death (SIDS)? 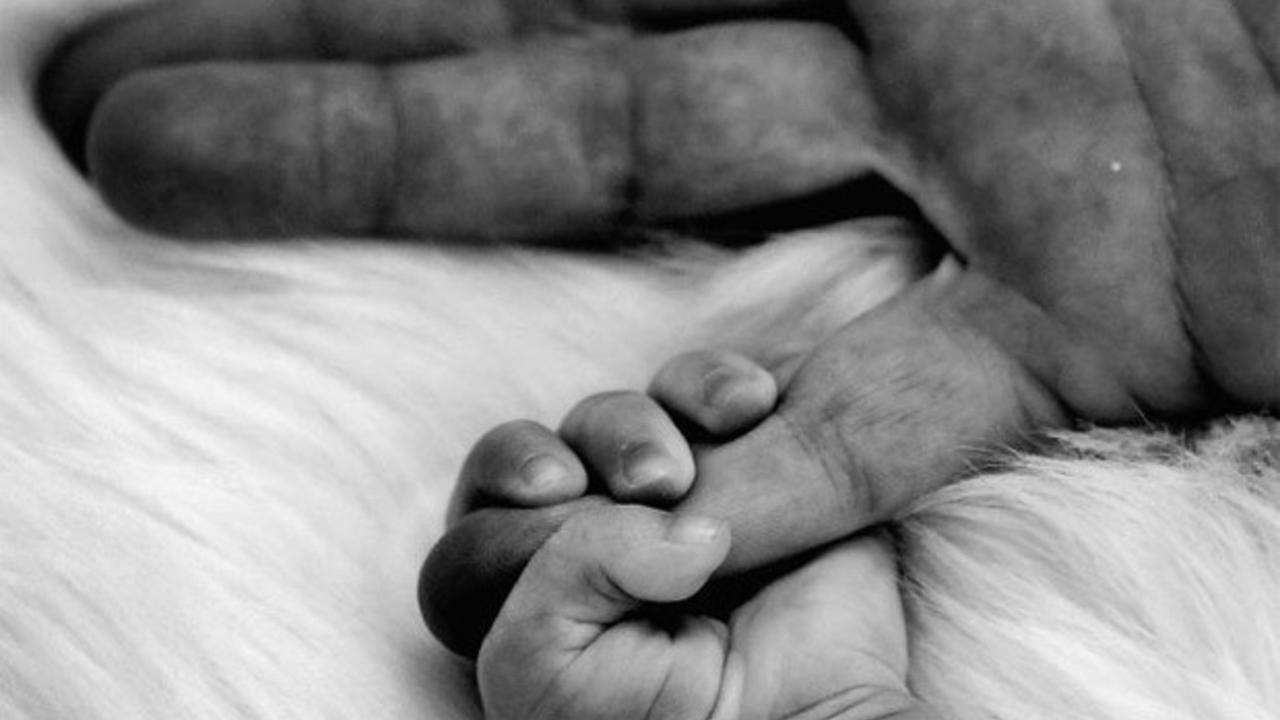 The fact that the peak age for SIDS is 2–4 months, which coincides with the introduction of 11 shots containing 16 vaccines (within the US immunization schedule), is so obvious a cause for concern, that even the CDC has been compelled to address the seeming 'coincidence' directly:

"From 2 to 4 months old, babies begin their primary course of vaccinations. This is also the peak age for sudden infant death syndrome (SIDS). The timing of these two events has led some people to believe they might be related...With babies receiving multiple doses of vaccines during their first year of life and SIDS being the leading cause of death in babies between one month and one year of age, CDC has led research studies to look for possible linkage."

Unsurprisingly, the CDC, whose pro-vaccine agenda is glaringly oblivious to the 100+ documented serious, unintended adverse effects of vaccines as evidenced in the biomedical literature, claims extensive research they commissioned has found vaccines do not cause SIDS. Despite the CDC's dismissal, infant mortality rates are highest among countries that administer the most vaccines within the most vulnerable developmental window of infanthood.

A 2011 study published in Human & Experimental Toxicology, for instance, observed that "The US childhood immunization schedule specifies 26 vaccine doses for infants aged less than 1 year—the most in the world—yet 33 nations have lower IMRs [infant mortality rates]." They found that across the 34 nations analyzed "a high statistically significant correlation between increasing number of vaccine doses and increasing infant mortality rates, with r = 0.992 (p = 0.0009)."

While the 6-antigen hexavalent vaccine most recently linked to SIDS is presently only licensed in Europe, there are a number of 'mandatory' multi-dose vaccines in the US immunization schedule -- including (DTaP, MMR), and which brings up the question: are the risks for adverse reactions – including lethal ones -- amplified in multi-dose vaccines in comparison to single dose forms?

There are also a wide range of vaccines in development or already on the market, which are being included or will be included eventually on top of an ever-expanding immunization schedule:

Dr. Larry Palevsky, MD, has pointed out that

"Even if vaccines only purportedly contain 1 bacterial or viral antigen (as in Varicella & Hepatitis A), there are multiple antigens inside of them making them multivalent in and of themselves. And, they are most often given at the same time as other vaccines, making these single antigen vaccines into multivalent injections.

They can consist of bacterial, viral or even yeast antigens, as well as known environmental toxins, proteins, & other contaminant bacteria, viruses, and yeast. By definition, all vaccines, in and of themselves, are multivalent.

Despite the fact that the Varicella vaccine contains only 1 reported viral antigen, the injection of this vaccine is still an injection into the body of multiple antigens, i.e., sucrose, hydrolyzed gelatin, sodium chloride, monosodium glutamate (MSG), sodium phosphate dibasic, potassium phosphate monobasic, potassium chloride, and residual components of the MRC-5 cells on which the varicella virus was isolated, including DNA, protein, and trace quantities of monobasic, EDTA, neomycin, and fetal bovine serum. http://www.merck.com/product/usa/pi_circulars/v/varivax/varivax_pi.pdf.

Here are the known pathogenic ingredients in the vaccine schedule:

The Pentacel combination vaccine (DTaP, Polio, HIB), given to children at 2, 4, 6, & 15-18 months contains the ActHIB vaccine (HIB & tetanus), along with a multitude of other bacterial (diphtheria, pertussis, tetanus) & viral (3 polio) antigens. The Comvax combination vaccine (Hep B + HIB), given to infants 3 times within their first year of life, contains the Hepatitis B viral antigen & Saccharomyces cerevisiae yeast antigen, along with the Pedvax HIB vaccine (HIB bacterium + Neisseria meningococcal serotype B bacterial antigen).

The human immune system does not play favorites with injected antigens. In other words, a non-bacterial or non-viral vaccine antigen is responded to equally by the immune system, as any of the bacterial and viral antigens."

Given the number of 'antigenic' exposures in vaccines, singularly, and in multi-dose form, the number of possible immunological reactions in newborns is simply mind-blowing – especially considering just how little we know about the immune system, the developing brain and infant physiology.

Hexavalent Vaccine and SIDS: Looking at the Studies

Given the weight of evidence linking infant vaccines to higher mortality, this new paper's findings should not be of great surprise.

Researchers "examined a large number of sudden infant death syndrome victims in order to point out a possible causal relationship between a previous hexavalent vaccination and the sudden infant death." They selected 110 cases for review, finding that in "13 cases (11.8%) the death occurred in temporal association with administration of the hexavalent vaccine (from 1 to 7 days)." None of the victims had congenital developmental alterations of brain structures known to regulate vital functions.  While brain abnormalities were noted, and while the researchers stated that their study does not prove a causal relationship between hexavalent vaccines and SIDS, they hypothesized that "vaccine components could have a direct role in sparking off a lethal outcome in vulnerable babies." They concluded:

"We sustain the need that deaths occurring in a short space of time after hexavalent vaccination are appropriately investigated and submitted to a post-mortem examination particularly of the autonomic nervous system by an expert pathologist to objectively evaluate the possible causative role of the vaccine in SIDS."

This is by no means the first report in the medical literature linking hexavalent vaccines to SIDS. A quick search on pubmed.gov will reveal quite a few others, dating back to an initial 2006 report published in the journal Vaccine titled, "Unexplained cases of sudden infant death shortly after hexavalent vaccination," concluding after post-mortem autopsies that these were cases of "possibly fatal complications after application of hexavalent vaccines."

In 2011, a study was published in Statistics in Medicine titled "A modified self-controlled case series method to examine association between multidose vaccinations and death," found that based on the review of 300 unexplained sudden unexpected deaths (uSUD) following either penta- or hexavalent, "a 16-fold risk increase after the 4th dose could be detected with a power of at least 90 per cent," and "A general 2-fold risk increase after vaccination could be detected with a power of 80 per cent."

Another 2011 study published in PLoS titled "Sudden unexpected deaths and vaccinations during the first two years of life in Italy: a case series study" investigated a signal of an association between vaccination in the second year of life with a hexavalent vaccine and sudden unexpected deaths (SUD) in the two day window following vaccination, which was reported in Germany in 2003.  The Italian study sought to establish whether hexavalent vaccines increased the short-term risk of SUD in infants. The study analyzed 604 infants who died of SUD, 244 (40%) of whom had received at least one vaccination. Four deaths occurred within two days from vaccination with the hexavalent vaccines, representing a 50% increase in relative risk. The relative risk for SUD for the risk periods 0-7 and 0-14 days were 100% [2.0 RR] and 50% [1.5 RR] higher, respectively. The study concluded that there was a 120% [2.2 RR] increased risk associated with the first dose of hexavalent vaccine.

Clearly, both case studies and broad epidemiological studies confirm the possibility that hexavalent vaccination can be lethal in susceptible individuals.

The next important question is what is the mechanism?

One of the first studies to offer an explanation was published in 2006 in the international journal of pathology, Virchows Archives titled, "Sudden infant death syndrome (SIDS) shortly after hexavalent vaccination: another pathology in suspected SIDS?". The study discussed how previous expert analysis performed by the European Agency for the Evaluation of Medical Products in 2003, following an investigation they conducted into the emergence of a link between hexavalent vaccines and 5 cases of infant deaths that occurred, paid little attention "to examination of the brainstem and the cardiac conduction systems on serial sections, nor was the possibility of a triggering role of the vaccine in these deaths considered."  The study goes on to report on the autopsy findings of a 3-month old female infant who died suddenly and unexpectedly immediately after the administration of the hexavalent vaccine. The autopsy revealed "The cardiac conduction system presented persistent fetal dispersion and resorptive degeneration." The author hypothesized, "[T]he unexpected death of this vulnerable baby (infant with bilateral hypoplasia of the arcuate nucleus) could have been triggered by the hexavalent vaccination. This case is consistent with the triple-risk model of SIDS,[1] a hypothesis comprising an underlying biological vulnerability to exogenous stressors and some triggering factors in a critical developmental period."

"This case offers a unique insight into the possible role of hexavalent vaccine in triggering a lethal outcome in a vulnerable baby. Any case of sudden unexpected death occurring perinatally and in infancy, especially soon after a vaccination, should always undergo a full necropsy study according to our guidelines."

Another case study published in Forensic Science International in 2008 titled, "Beta-tryptaseand quantitative mast-cell increase in a sudden infant death following hexavalent immunization," described a fatal case of a 3-month-old female infant, who died within 24 h of vaccination with hexavalent vaccine from vaccine-induced shock. They concluded:

"...that acute respiratory failure likely due to post hexavalent immunization-related shock was the cause of death."

The potential for hexavalent vaccine induced shock has even been acknowledged by the vaccine's manufacturer. GlaxoSmithKline's hexavalent vaccine (INFANRIX) PDF insert describes post-marketing surveillance data on adverse reactions which include within the section on 'Nervous system disorders' the following side effect: "Collapse or shock-like state (hypotonic-hyporesponsiveness episode)."

The aforementioned information clearly indicates that hexavalent vaccine is a possible cause of infant death mistakenly or intentionally attributed to an idiopathic syndrome – SIDS – in order to hide the lethal risks associated with routine immunizations. This leaves parents with the question: could the slippery slope of simultaneous vaccine delivery represent a lethal intervention for my newborn? One that is unlikely to be recognized as such, but for which the literature suggests is a real and present danger? It seems that it may have required the design of hexavalent vaccines to demonstrate the true hubris in reckless injection of immunogenic material into our most vulnerable.

Interested in more insights and tools to help you Own Your Self?

My newest book, Own Your Self, helps you discover the meaning behind your symptoms and your struggle as a way to reclaim your health and your Self. Click below to claim your copy today.